Bus passengers' problem is difficulty in searching for bus routes and determining the distance from departure to arrival points. They want to know exactly the bus arrival time to reduce the waiting time. To come to the final destination, they also need an app that provides detailed time, routes, and bus fares.

Sioux has developed the app for both iOS and Android version with English and Vietnamese. After two months of progression, Sioux has released a public transit app for Danang Government and citizens, successfully create a smart mobile app. To support the local government, Sioux held a training session to fully transmit the installation environment and source code compilation of the app.

Bus passengers now can use their smartphone to travel in Danang easily as well as help in reducing air pollution and traffic congestion. 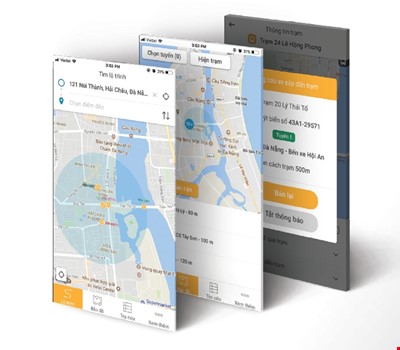 Danang is a coastal city, which is well known as the most worth living city, located in the Central of Vietnam. In recent years, with its ambition of a “Smart City”, Danang Government has made great effort to bring the city to civilization, modernization, and innovation.