Gordon Murray Design designed the new TVR Griffith, a masterpiece of engineering excellence. Every aspect of it was designed to be leading in its class in terms of strength, reliability and functionality, while simultaneously being extremely lightweight and high performing in every way. The challenge was to realise a showcase of a prototype dashboard as soon as possible.

Sioux was responsible for the development of the body controller and the instrument panel, which needed to meet all of the class-leading and specific criteria set down by TVR and Gordon Murray. Sioux also took care of the software applications for both components, the implementation, testing and the vehicle’s entire wiring harness.

TVR revealed its Griffith in 2017 and sold all of its 500 launch editions before the end of 2017. The start of production is scheduled for late 2018. 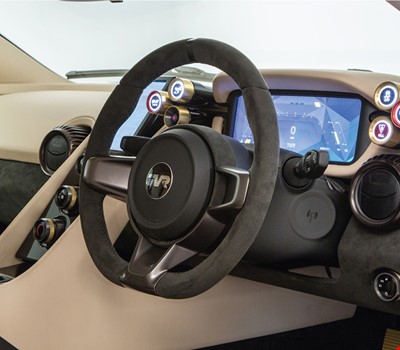